What is K8s? - Jumpstart your Kubernetes Journey ⎈

Hey everyone, heard a lot about kubernetes and want to know more and get started with it. Before you get started with kubernetes I would highly suggest you all to get familarized with containers and docker. I have a blog written on Docker you can surely check that out and get back to this articles. So, let's get started 🚀

It is typically a single computer server which is used by only one consumer or tenet. Each server offered for rental is a distinct physical piece of hardware that is a functional server on its own.

Containers are similar to virtual machines conceptually. But the key factor is that containers run the program in isolated environments.

There are multiple resources revolving around monolithic and microservice so I will try to make it as simpler and shorter as possible (because that is not really main scope of this blog and would need a dedicated article on itself), So let's say you have an application which has frontend, backend, database etc and you containerize your entire application in one container then that is called as a monolithic architecture. So if your container goes down your entire instance of that application goes down. Now the reverse is that you containerize each part of your application and connect them with each other, now this each containerized part of application is called as microservice. (See the image below for better understanding) 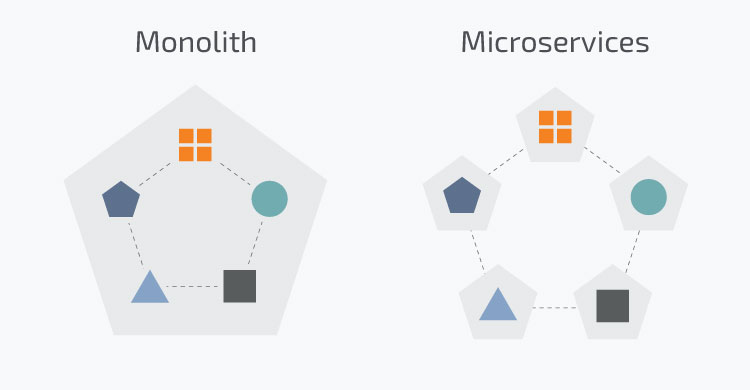 Orchestration has multiple definitions. You can think of it as a automation process which helps us in deploying and managing the application. So the orchestrator will keep looking for anything wrong with your deployment and try to self heal, scale to keep your production damages to it's lowest. You can picture it as the orchestrator in an orchestra who is responsible to create a melody and monitor it continuously. 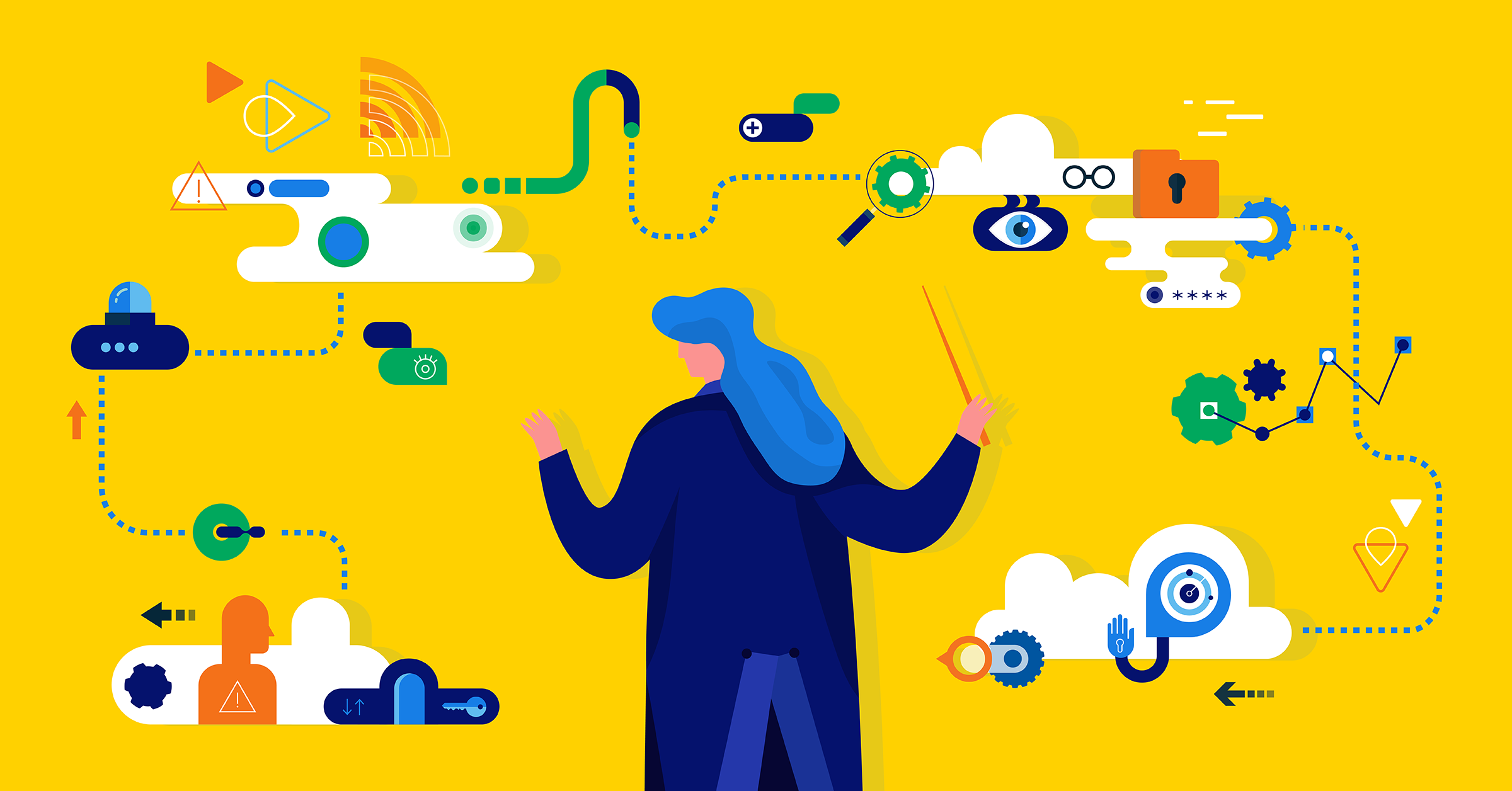 There are many more such features provided by Kubernetes apart from once mentioned above that seperates it from being just the 'container orchestrator'.

Cluster is the outer most box which holds everthing. Cluster is simply a collection of Control Plane and Worker nodes. (Refer the diagram below with the explaination in the blog to build good intuition of the architecture) 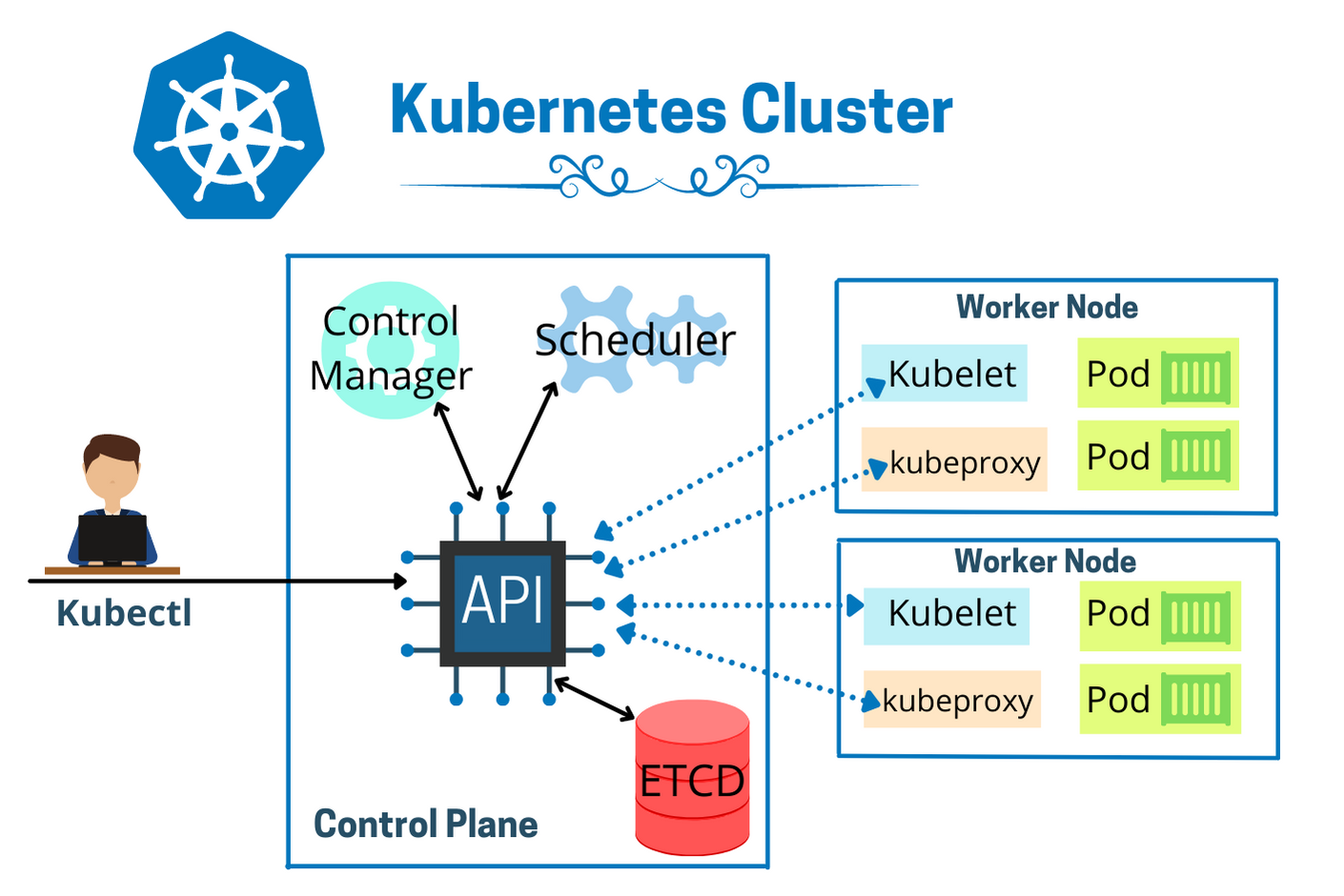 This is a command line tool provided to us so we can communicate with our control plane do apply and do the changes. Optionally if you don't want to work with cli there are also few gui provided you can take a look into. KubeCtl must be installed on your local machine in order to talk to the API server in the control plane.

1) API Server: All the communication will happen via api server. It listens to requests on HTTPS and port 443

3) Scheduler: This is responsiple for physically scheduling the processes. It inspects the worker nodes and schedules the things accordingly.

1) Kubelet: Communicates with Container Runtime and with Control Plane API server. Whenever a new worker node is created and attached to the control plane, kubelet is installed on it.

2) Kube-Proxy: Communicates with Control Plane API server. Kube proxy is responsible for networking. This will allocate ip addresses to the worker node/ nodes

Steps to run applications on Kubernetes

4) Deploy these pods to controllers

This concept is pretty much understandable if you have worked with docker compose or other sorts of networking based communications between containers and services. If you haven't then don't worry. K8s DNS has some ip addresses for every pod and container so that they can communicate with each other, share information. From the previous application example you can imagine it as a way for your frontend containers to talk with your backend containers etc.a

Well that's it, that is pretty much that goes around in kubernetes. You will understand and love it more once you build and deploy your application on it. Trust me best way to understand and learn kubernetes is through hands-on practice. Want to build an application and deploy it to your own cluster? Keep an eye on my blog page and there might be something for you in coming future 😉

Thank you so much for reading 💖

Catch me on my socials here: link.kaiwalyakoparkar.com

Did you find this article valuable?

Support Kaiwalya Koparkar by becoming a sponsor. Any amount is appreciated!